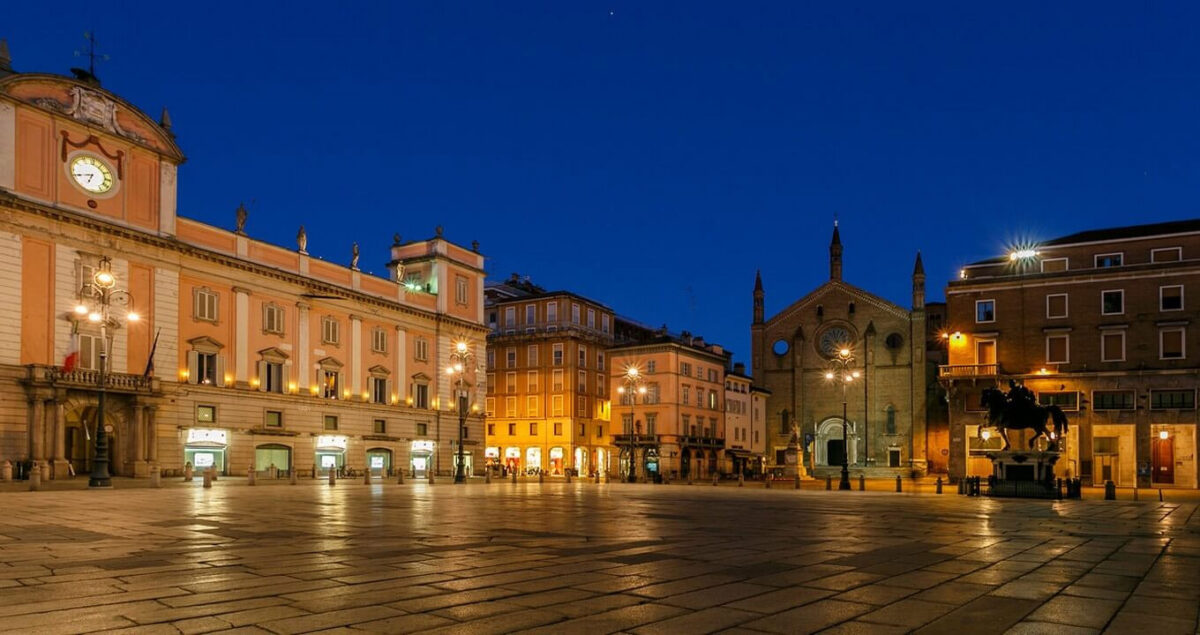 In Romagna there are not only beautiful beaches, but many places to visit. The provinces of Bologna, Ravenna, Rimini, Forlì and Cesena are home to cities of art and natural wonders that are perfect for an excursion or a weekend.

Let’s discover 5 of these places in Romagna that you should visit.

CITY OF ART IN ROMAGNA

Ravenna would deserve an article for its own, for how many things there are to tell.

The city is famous all over the world for its ancient mosaics and the eight buildings declared Unesco heritage:
– the Mausoleum of Galla Placida, with the starry sky reproduced,
– the octagonal Basilica of San Vitale,
– the Basilica of Sant’Apollinare Nuovo, where there is the largest cycle of mosaics in the world,
– the Mausoleum of Theodoric, with roof is made of a single block of stone and its appearance is so different from other ancient buildings,
– the Basilica of Sant’Apollinare in Classe, which is now kilometres away from the sea, while when it was built it was right on the shore,
– the Archbishop’s Chapel, the only early Christian archbishop’s chapel in excellent condition,
– the Arian Baptistery and the Orthodox Baptistery.

And in all that let’s not forget that the remains of Dante Alighieri are preserved in Ravenna. 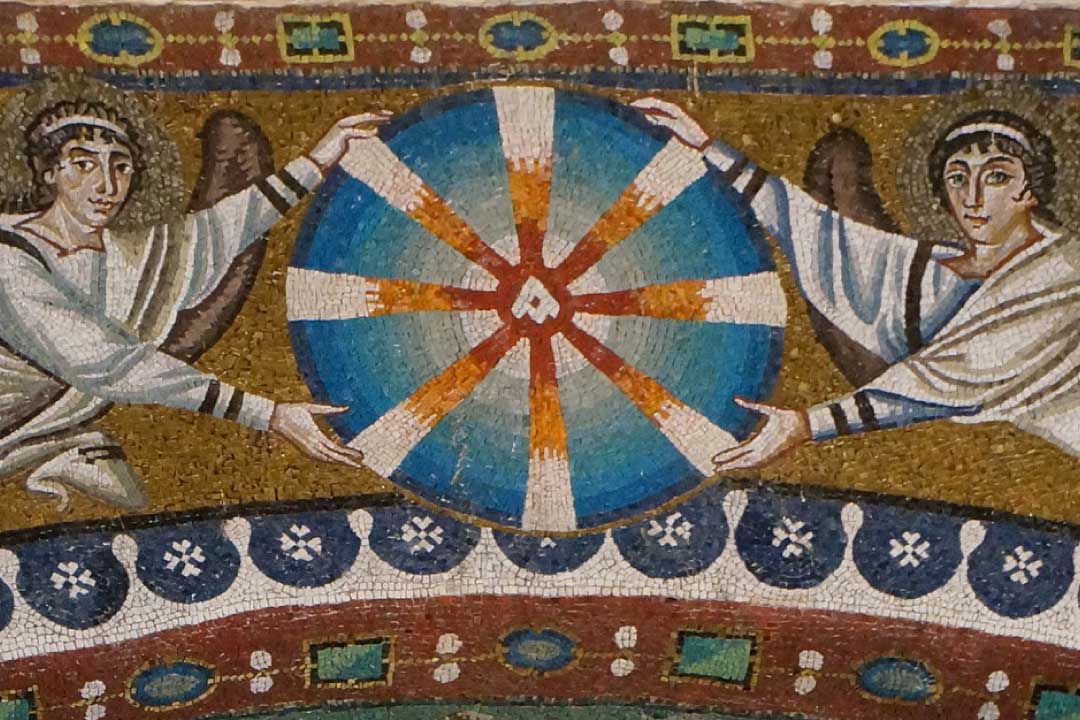 Faenza is a city of Roman origin, but walking through its streets it is possible to see buildings and monuments of different styles: medieval, Renaissance, neoclassical, baroque, liberty.
Do not miss at any cost: the Masini Theater, Milzetti lazzo, the Oriolo Tower, the Palio del Niballo and Palazzo Laderchi.

In the east of the historic center of Faenza is the ancient village of Durbecco, connected to the city through the Ponte delle Grazie.
The village, which can be accessed through the beautiful Porta delle Chiavi, dates back in the 11th century and it is home of 3 truly remarkable religious buildings: the Romanesque church of the Commenda, the eighteenth-century church of Sant’Antonino, the fifteenth-century oratory of the Santissima Annunziata.

Another symbol of Faenza, even if it is 10km away from the center, is the medieval tower of Oriolo in the town of Oriolo dei Fichi.
It is a tower of 17 meters high, with a double strut hexagonal plan, so with two points at right angle and the others at an obtuse angle. This conformation makes the tower appear square or octagonal depending on the point from which it is seen.

If you are a lover of wild places and birdwatching, the Po Delta Park might be the right place for you.

The park covers 52,000 hectares and hosts different environments: areas of brackish water and others of fresh water, swamps and pine forests, sandy dunes, reeds. Almost 300 species of birds and dozens of species of fish, amphibians, reptiles and mammals live there.

Walking on the Park’s itineraries it is easy to forget that you are only a stone’s throw away from urban centres and crowded beaches. The calm, the silence and the contact with nature are intense and definitely relaxing. In other words, visiting the Po Delta Park is the best possible way to disconnect from stress of everyday life. 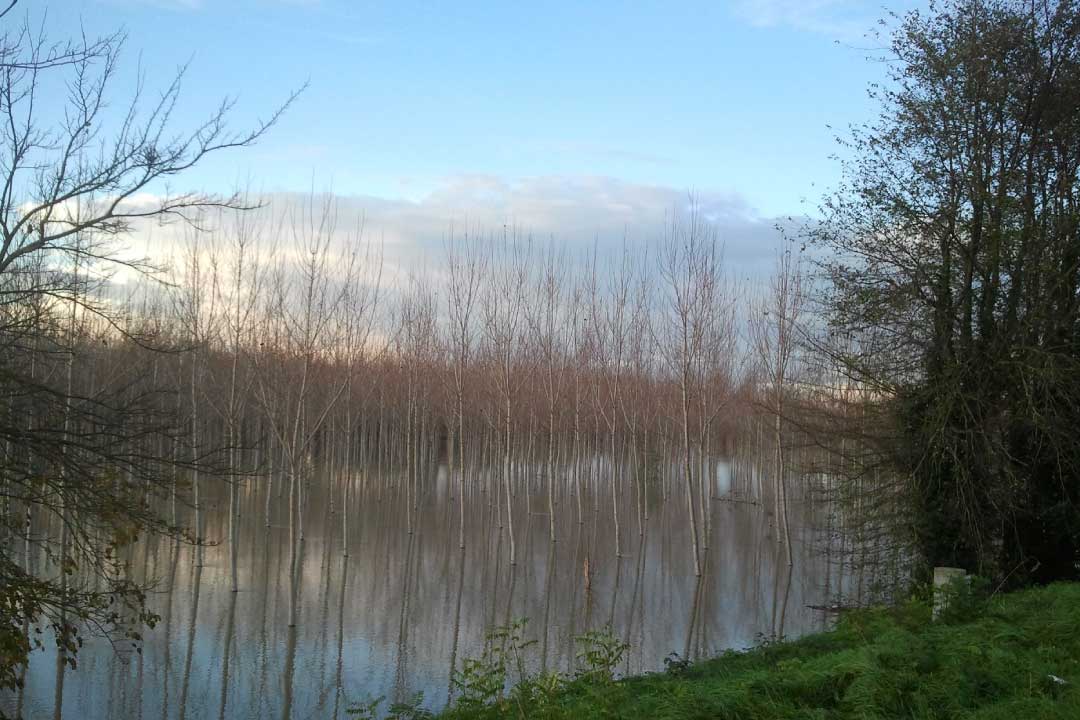 One of the most beautiful paths in the park is the one that leads to the Dardagna waterfalls.
The path starts and ends at Madonna dell’Acero, where you can visit the centuries-old maple where is is told that the Madonna has appeared, and the sanctuary that celebrates the apparition.

The first part of the path is easy for everyone. The second, which goes through a beech forest following the Dardagna stream, is a little more challenging but very impressive.

There are seven waterfalls which have different heights and their roar is the only sound that interrupts the quiet of the forest.

And after so much walking, you will surely be hungry! Fortunately, Romagna is land of good food. Discover the typical dishes to try.